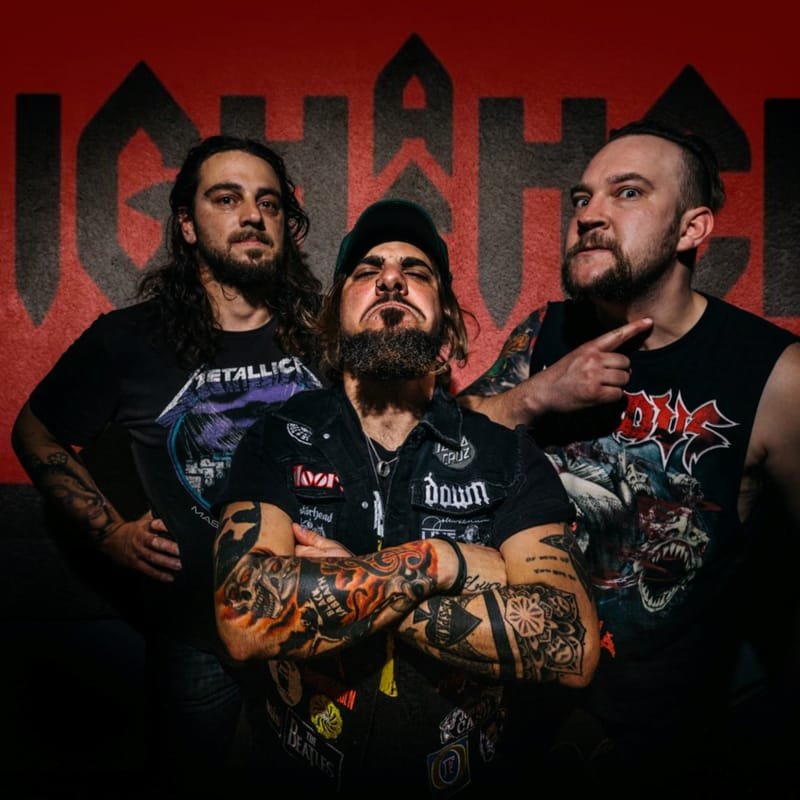 In 2020, the heavy music world was in a mess. Endless sub-genres and factions dominate the scene and a band’s political persuasion seems to be more important than their musical ability. Does anyone know how to bang anymore?

Metal, has lost its way, but fear not! High As Hell are about to deliver one massive shot in the arm for fans of skull crushing, fist pumping, heavy-fucking-metal!

Hailing from somewhere in Victoria, Australia you’ve probably never been to, let's just say a short drive from Melbourne, High As Hell are three bad asses hellbent on bringing back some old school metal. The way it was, big, fat crunchy riffs, aggressive, powerful vocals and songs that can get a pit raging from the get go.

Live, the boys deliver their music with such raw power and honesty that the old schooler will nod in approval and new kids will wonder where metal like this has been hiding all their lives.

Their pounding riffage is made to headbang to and their anthemic melodies are the stuff metal was built on. The love child of Sabbath, Metallica, Down and High On Fire, High As Hell are ready to unleash the beast with their debut album, Razorblade Dream,

Get ready or get out of the way.