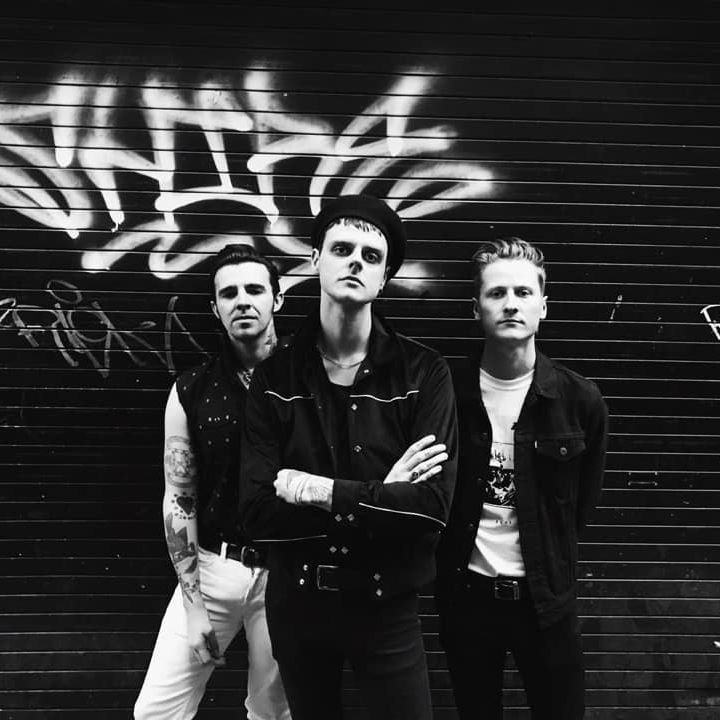 UK Post punk three piece, The Violent Hearts have released their first new music of the year by way of new single, Terminal.

Its brooding rhythm and haunting lyrics are an echo of the state of the world in 2021 with frontman James Mattock declaring,
'This is what America wants, This is what everybody gets, Ain’t it all terminal?’

Born from the smouldering embers of celebrated British punks Sharks, The Violent Hearts put a distinctive spin on the classic punk influences that formed their musical DNA. Surfing a wave of thundering drums, rumbling basslines and stabs of stormy guitar all unpinned by intoxicatingly rich vocals, The Violent Hearts post-punk groove swings with such confident swagger, you would think the band were seasoned veterans, not relative newcomers.&nbsp;

Stripping everything back to a minimalist core, the band capture a sound the evokes an era where The Clash, The Jam and the Buzzcocks reigned supreme. However, while casting a nostalgic, romanticised look backwards, The Violent Hearts have their eyes forward as they prepare to release their long awaited debut album.

After releasing the twin tracks of Porcelain World and Hex On Me in early 2020 which saw them earn praise from New Noise Magazine, PopMatters, and DyingScene, the band quickly solidified their live reputation supporting everyone’s favourite satanic doo-wop band, Twin Temple. Then like the rest of the world, their plans were put on hold when the pandemic came to town.

During the subsequent months, the band, made up of former Sharks frontman James Mattock, bassist Carl Murrihy and The Computers sticksman Aidan Sinclair, have found a home via Australian based record label, Dinner For Wolves, (The Screaming Jets, Ekko Park, Electric Mary) who will finally release one of the most anticipated UK punk debuts in a long time, Everything And Nothing in 2021.

Mattock says of the signing "We're pleased to announce that we'll be teaming up with the good people at DFW moving forward with future releases. Finally, our record will see the light of day, and there's plenty more where that came from. Onwards.”